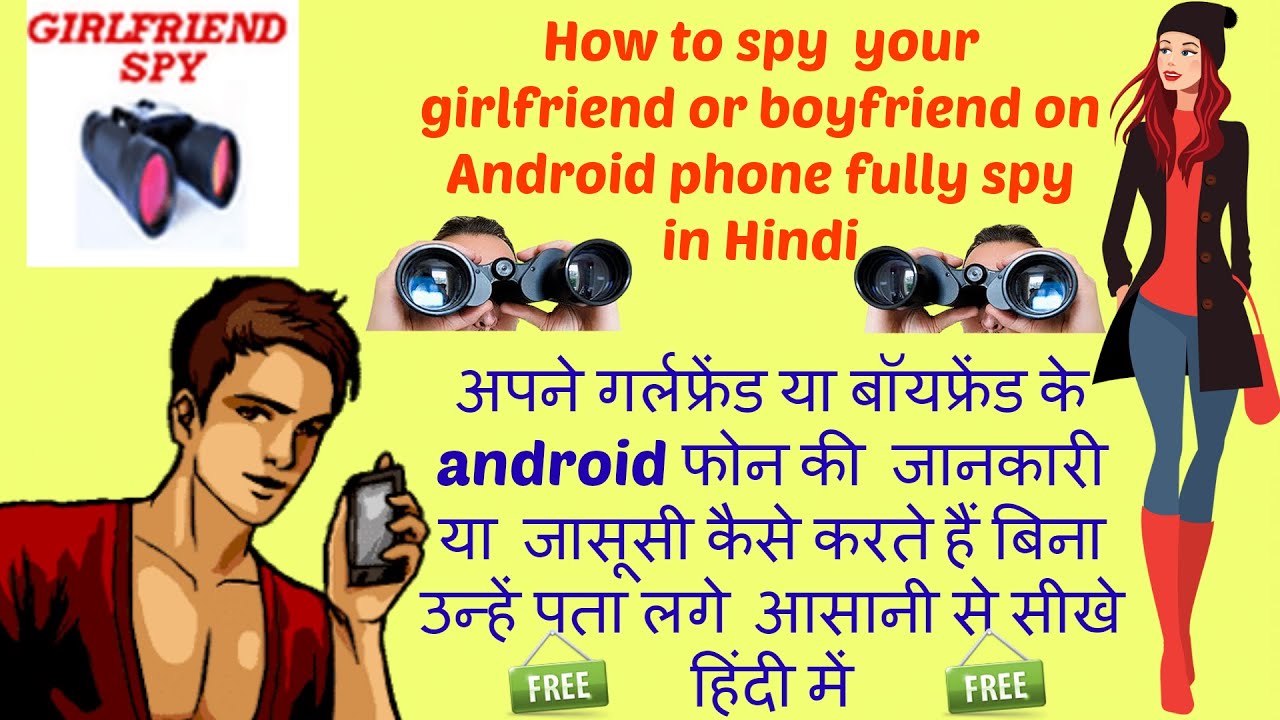 Step 3: Install the program onto the targeted Android device.

Part 2: How to Spy on a Cell Phone without Having It (For iOS)

This process to spy on your girlfriend works quickly and effortlessly. Cocospy is designed to work on iOS But the biggest difference is that you can use the iCloud backup system to target an iOS device without having to physically reach it. You will be able to review the following when you use the iCloud account:. Step 1: Sign up for an account with Cocospy. Step 2: Enter in the iCloud account and password for the person who owns the phone you are trying to review. Take a look at it and you will see that it works well for your demands when seeing what she is doing.

One way how you can figure out what she is doing is by using Cocospy Cocospy is one of the best spy apps for Android and iOS that lets you review what your girlfriend is doing with her phone. Most importantly, you do NOT need to root or jailbreak her phone. You may also like.

How to Spy on your Girlfriend's Phone. Recommended android monitoring tool: Spyzie - the most trustworthy android monitoring solution. Part 1: How to catch a cheating Girlfriend So you've been noticing certain signs that your girlfriend might be cheating on you. So here's the next 5 tips and methods you could use to catch her red handed: Dropping by unannounced: Find a reason to go back home early, or visit her at her workplace, etc, and gauge her reaction.

Does she try to immediately hide something? Does she seem agitated or angry? Follow: This is an oft-used method. If she has been leaving the house to go somewhere often, and you don't know where she goes, then follow her. 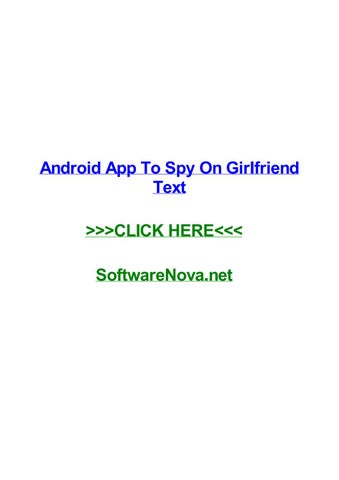 Especially after a fight, as she might be using a fight as a means of storming out for a whole night. Chances are she'll lead you right up to her lover.

3 Ways to Spy on Girlfriend's Phone without Touching It

Getting touchy about Space: Giving a partner some space in a relationship is healthy. However, if they have been particularly touchy about their space, then something is definitely wrong.

Gadgets: Finally, if they're suddenly too involved in their gadgets, more than normal, and if they get anxious every time you casually pick up their cell phones, that's a huge red signal. In that case you should be prepared to take the next step. Spy on your Girlfriend's phone using mSpy: Read on for more on this. Part 2: Spy on your Girlfriend's phone This is a sneaky and underhanded but ultimately ideal means of catching a cheating girlfriend.

Where is she going so late at night?

How to spy on girlfriend’s cell phone?

Who is she meeting? You'll have the answers to these questions soon enough. Track her messages: If she's clever she would have deleted all possibly incriminatory messages from her phone. But the beauty of mSpy is that it can show you a complete log of all messages sent, received, or deleted , so you have access to everything she wants to keep hidden.

This functions across all media - WhatsApp, Messenger, etc. Multimedia Access: Find out all the pictures and videos that she's sent, received, or deleted from the phone.

Even if she's been sexting with someone, you'll know. Call logs: Who is she talking to in hushed whispers?

Why is her office calling her so often? You can tap her phone to view all her call details, whom she is talking to, for how long, when, everything. Contact details: If there's a guy on the other end of the messages and calls who keeps popping up, you can find out everything about him as well! Block him: If you don't want to end things with your girlfriend just yet because you realise things haven't gone too far, you can take steps to ensure that she never hears from that guy again.

You have the power to block him completely from the phone.

So no matter how many texts he sends, or how many times he tries to contact her, she won't receive any of it, and would eventually just think he lost interest, and vice versa. What would it Cost Me : mSpy is actually one of the most reasonable spy apps out there.